Corvin Castle, also known as Hunyadi Castle, is one of the most beautiful castles in Romania and one of the largest castles in Europe. Its construction began in 1440, and it was designed as a defense fortress against the Ottoman Empire. Many say that Vlad the Impaler was imprisoned here during his exile.

Corvin Castle (Castelul Corvinilor) also known as Hunyadi Castle is located in the Hunedoara county, and many call it "one of the seven wonders of Romania". It is one of the largest castles in Europe, and an important piece of history for Romania. Corvin Castle is also the largest medieval castle in Transylvania, surpassing even the mysterious Bran Castle and the royal Peles Castle. 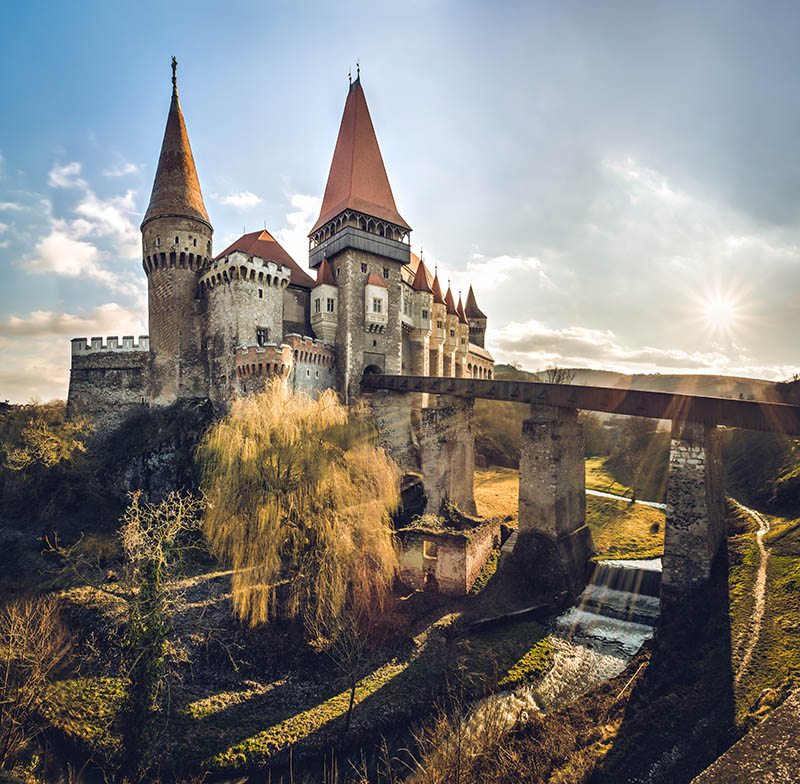 Many refer to it as one of the seven wonders of Romania, and it had a big impact on popular culture, inspiring people such as Bram Stoker in their work. Its name derives from the name of the one who ordered its construction, John Hunyadi, and his son, Matthias Corvinus, the King of Hungary between 1458 and 1490. The Corvin family had a great impact on Europe during the 15th century, with John Hunyadi (commonly known as Iancu de Hunedoara) becoming famous for stopping the Ottoman Empire from conquering Belgrade and advancing towards Western Europe. The Corvin family was related to the family of Vlad the Impaler, but their story is one filled with conspiracies and betrayals.

Throughout history, John Hunyadi organized and supported several campaigns against the Ottoman Empire, who were supported by Vlad II Dracul, the Prince of Wallachia (not to be confused with Vlad III, also known as Vlad the Impaler or Vlad Dracula). The first battles against the Ottomans started in 1438 after they successfully occupied a large part of Serbia. John Hunyadi was one of the few noblemen in the area who organized raids against the invaders and managed to defeat them in small skirmishes, which contributed to the rise of his fame. Thus, King Albert appointed Iancu de Hunedoara and his brother as Bans of Severin and named them "true barons of the realm". In 1441, John Hunyadi together with Nicholaus Újlaki defeated the troops of King Vladislaus' opponents, and as gratitude, the King appointed them Voivodes of Transylvania and Counts of the Székelys. Towards the end of his life, Iancu de Hunedoara supported Vlad Dracula (Vlad the Impaler) to seize the Wallachian throne from Vladislav II, and become Prince of Wallachia.

The construction work for the Hunyadi Castle began in 1440, and it was designed as a defense fortress and a prison. The towers often held captive war prisoners as well as ordinary criminals. It is that inside the castle there was a bear pit, where prisoners were thrown to be mauled to death by wild animals. The castle is built in a Renaissance-Gothic style, and it was laid out on top of an older fortification on a cliff above the Zlaști River. To the basic construction, numerous additions were added throughout the years, especially in the 17th century.

The Corvin Castle is split into 3 large areas: the Knight's Hall, which was used for feasts, the Diet Hall, which was used for ceremonies, and the circular stairway. All of the halls have a rectangular shape, and their walls are beautifully decorated with marble.  Today, the castle receives hundreds of tourists every day, many of them unaware of the fact that they are treading in the footsteps of some of the most important rulers of medieval Europe. 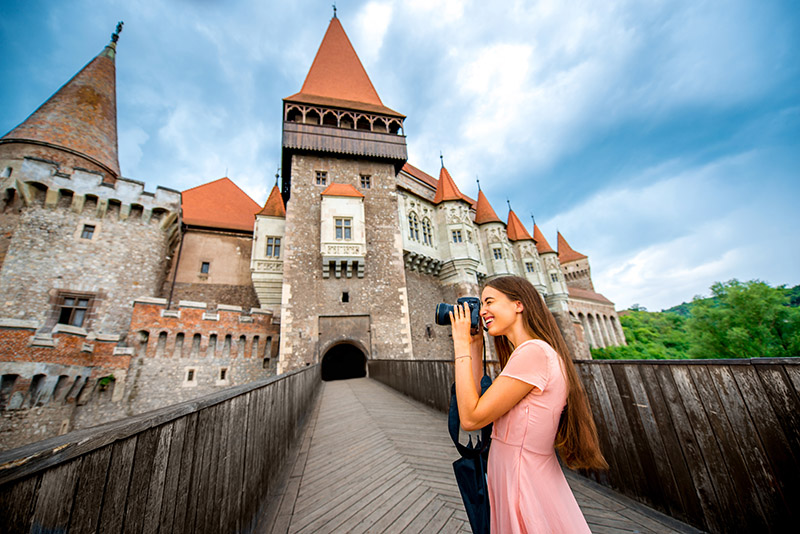 The legend of the Hunyadi Castle:

The coat of arms of the Corvin family is a raven with a golden ring in its beak, and this family symbol has a legend. It is said that John Hunyadi was the illegitimate son of King Sigismund of Luxemburg and Hungary, and his mother was Elisabeta, a very beautiful woman from the Hateg region. In order not to dishonor her, the king married Elisabeta to one of his knights, Voicu. Sigismund also gave her a ring, as a gift for the unborn child, which will help him be recognized when he will go to the royal court.

The legend says that during a trip, the family halted for lunch, but when they were not paying attention, a raven stole the ring, attracted by its shine. That's when John Hunyadi took a bow and shot the raven in order to get the ring back. When he heard the tale, the King was deeply impressed, so he decided that the family's symbol will be a raven with a golden ring in its beak. Moreover, the name of the Corvin family comes from the Latin word "Corvus", which means "Raven".

In popular culture, the name of Corvin was used in the Underworld film series, inspired by the Legend of Dracula, and the Corvin Castle appeared in numerous video games and TV shows, such as Age of Empires II HD The Forgotten, Most Haunted Live!, and Dragonheart: Battle of the Heartfire. It is also believed that the Hunyadi Castle, alongside Poenari Castle and other medieval castles in Romania, was a great source of inspiration for Bram Stoker's famous novel, Dracula.

10 Most Famous Romanian Women from Now and Then

10 reasons why you should move to Romania

From tourist to local

Why can Romania be a model for sustainable tourism? 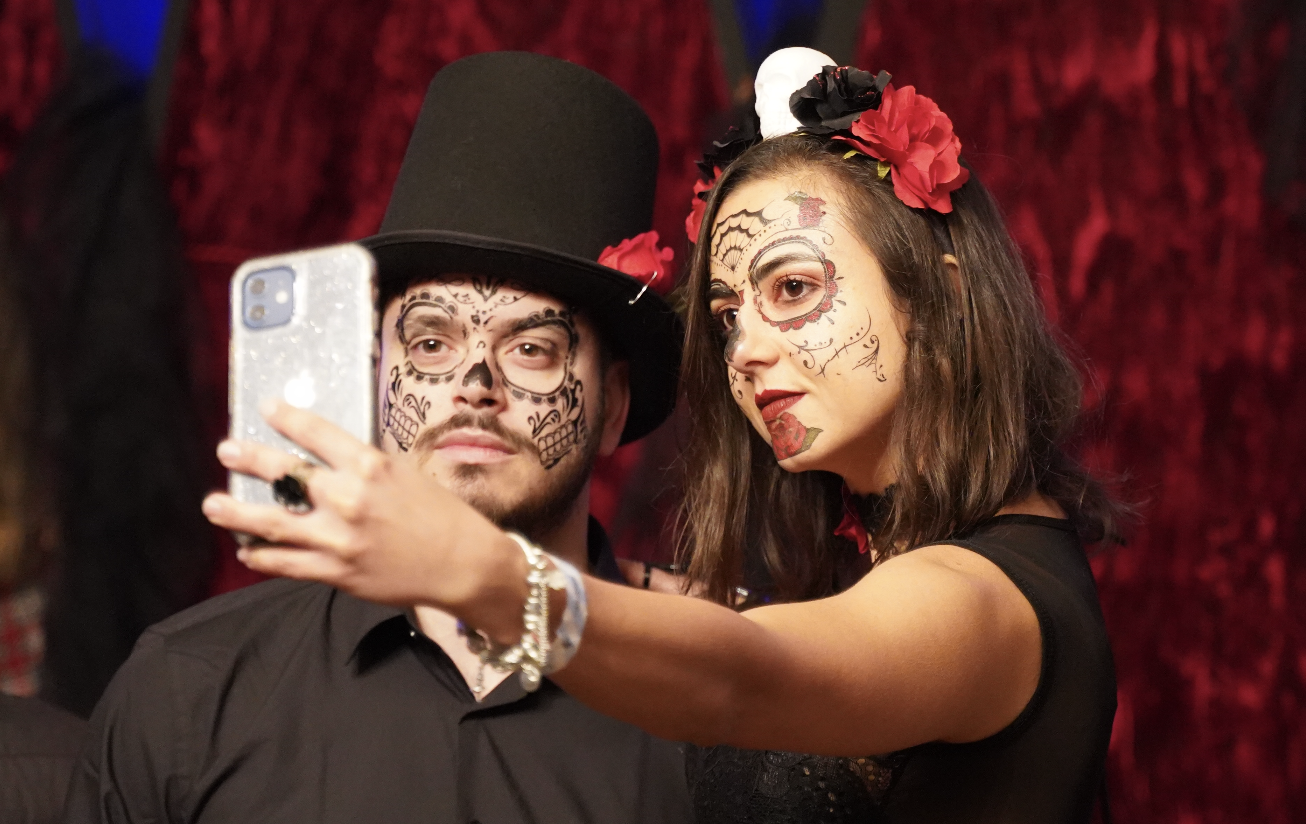 Halloween in Transylvania - 8 days tour and party at Dracula's Castle 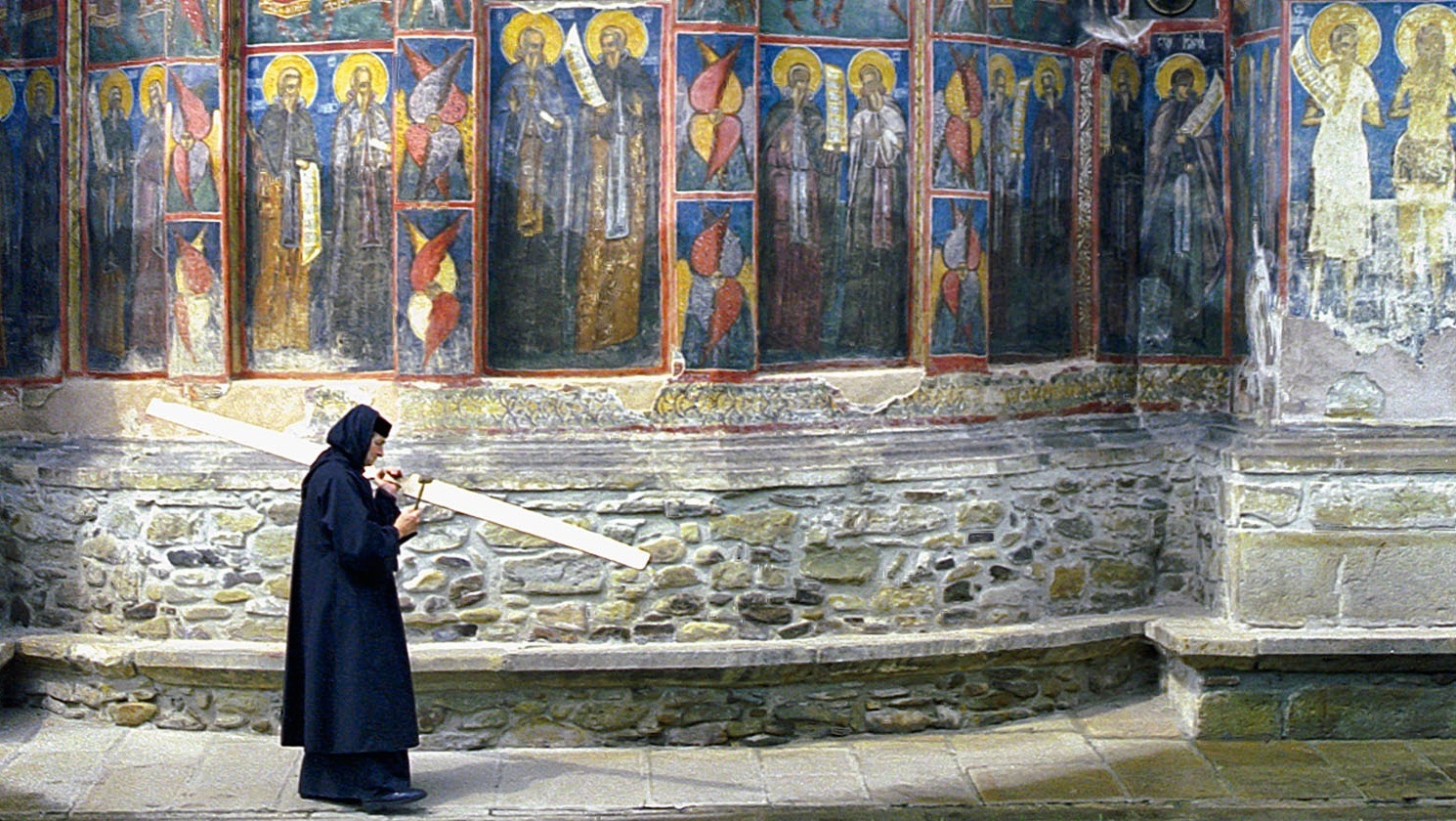 Best of Romania in 10 days

Dracula Beyond the legend - 8 day tour to Transylvania