The Merry Cemetery has become famous due to the ways in which the locals chose to laugh at Death. The wooden crosses are painted in bright colors.

The Merry Cemetery (Cimitirul Vesel) is located in the Săpânța village, Maramureș county, and it is the place where those who depart from this world prefer to do so in a light-hearted tone.

The wooden crosses on the tombs are painted in bright, symbolic colors, predominantly in blue, bearing an image and filled with darkly humorous poems related to the deceased's life and their image in the memory of their families and in that of the community.

These being said, the Merry Cemetery is definitely one of the most famous cemeteries in Romania, if not in the world. 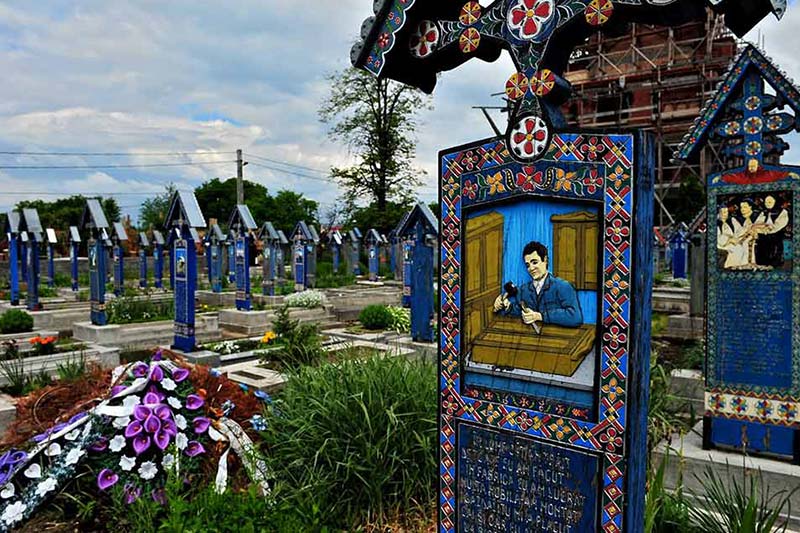 The first tombs of this happy cemetery were adorned in 1935, at the initiative of the folk craftsman Stan Ioan Patras, who wanted to add a humorous note to these inherently sad goodbyes. It is believed that he took inspiration from the Dacian culture, of which it is believed that they celebrated life and instead of grieving death.

The Merry Cemetery was somewhat of a secret to the outside world until the later period of his life, in the early 1970s, when a French journalist discovered the place and popularized it.

Today, the tradition is carried on by his apprentice, Dumitru Pop Tincu, and the Merry Cemetery now counts over 800 bright-colored crosses, sculpted from oak wood. Some of them are painted on both sides, with one side containing epitaphs about the life of the deceased, and the other one containing illustrations about how they died.

Stan Ioan Pătraș died in 1977, and he left his house and his work to his most beloved student, who continues to paint life stories on the wooden crosses. Stan Ion Pătraș carved his own cross, and this is this is the epitaph written on his tombstone:

Ever since I was a little kid
Stan Ion Pătraș was my name
Listen to me, my good people
Because I will tell no lie

All the days I have lived
I wished no harm to anyone
Only good, as much as I could
No matter for whom

Oh, this poor world of mine
Living through it was so hard 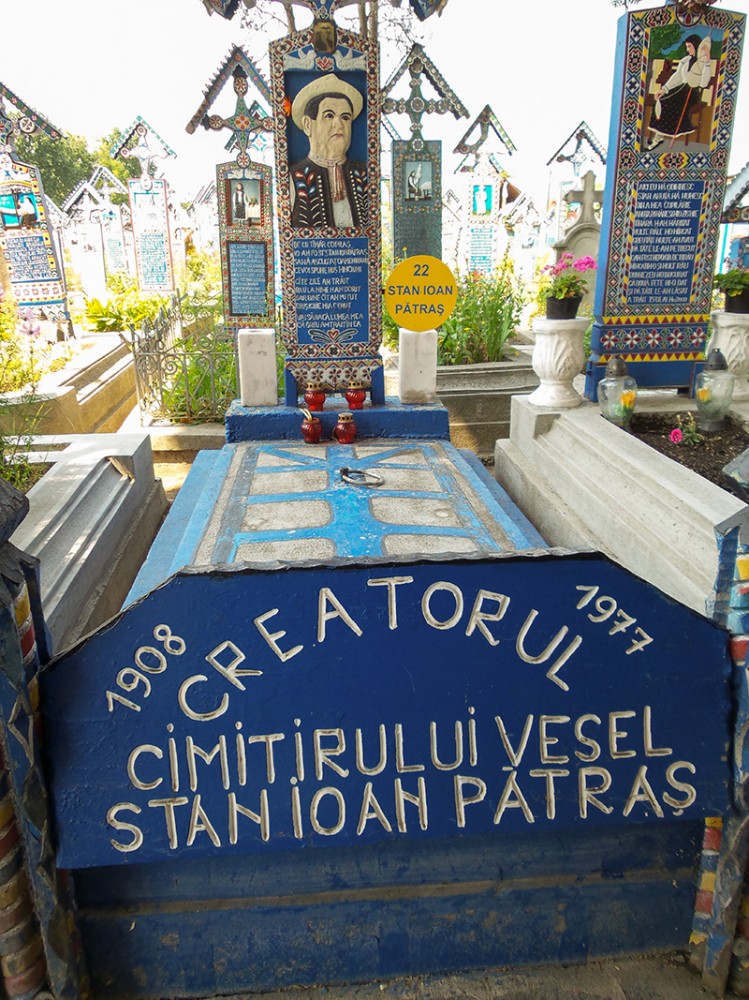 Stan Ioan Pătraș tumb, the creator of the `Merry Cemetery`

Another famous epitaph written on one of the wooden crosses is:

Underneath this heavy cross
Lies my poor mother-in-law
Three more days she would have lived
I would die, and she would read (this cross)
You, who here are passing by
Not to wake her up please try
For if she comes back home
She'll criticize me even more
But I will behave so well
That she won't return from hell
Stay here, my dear mother-in-law.

Since Săpânța is a very small town, there isn't much room for secrecy. Dumitru Pop said that no one ever got upset about the artwork and that the families actually want the real truth to be depicted on the tombstone. He says that the most common problem he faces is the fact that it can get repetitive: "Their lives were the same, but they want their epitaphs to be different from the others."

Why can Romania be a model for sustainable tourism?

What are Green Tourism, Ecotourism and Sustainable Tourism?

How some Romanians helped the world to be a better place Dracula tour, beyond the legend - Eight days in Transylvania Best of Romania in 10 days